Note: If you want to get an accurate snapshot of the class struggle in France against austerity and attacks on the social wage, The Militant is the best place to start.

A couple of notes:

*The battles and victories are massive, but partial and defensive. Workers and farmers of France need their own party to chart a road of independent working class political action to a workers and farmers gov't. (The "left of the left" caves to bourgeois tailism and national chauvinism every time the LePen scarecrow is raised.)

*The French ruling class has tried bourgeois politicians of every political party persuasion to achieve austerity. Socialist or not doesn't matter. The toilers have opposed them all. But again, without their own class party.

Unions in France reject rise in age of retirement

What lessons should working people draw

from the elections in France?

....The roots of the crisis facing the capitalist and social democratic parties lie in the inability of the superwealthy ruling class in France to break the resistance of workers to the effects of the world capitalist economic crisis. This includes worsening conditions on the job, anti-immigrant assaults, persistently high unemployment, attempts to erode retirement benefits, and austerity measures aimed at education and health care.... 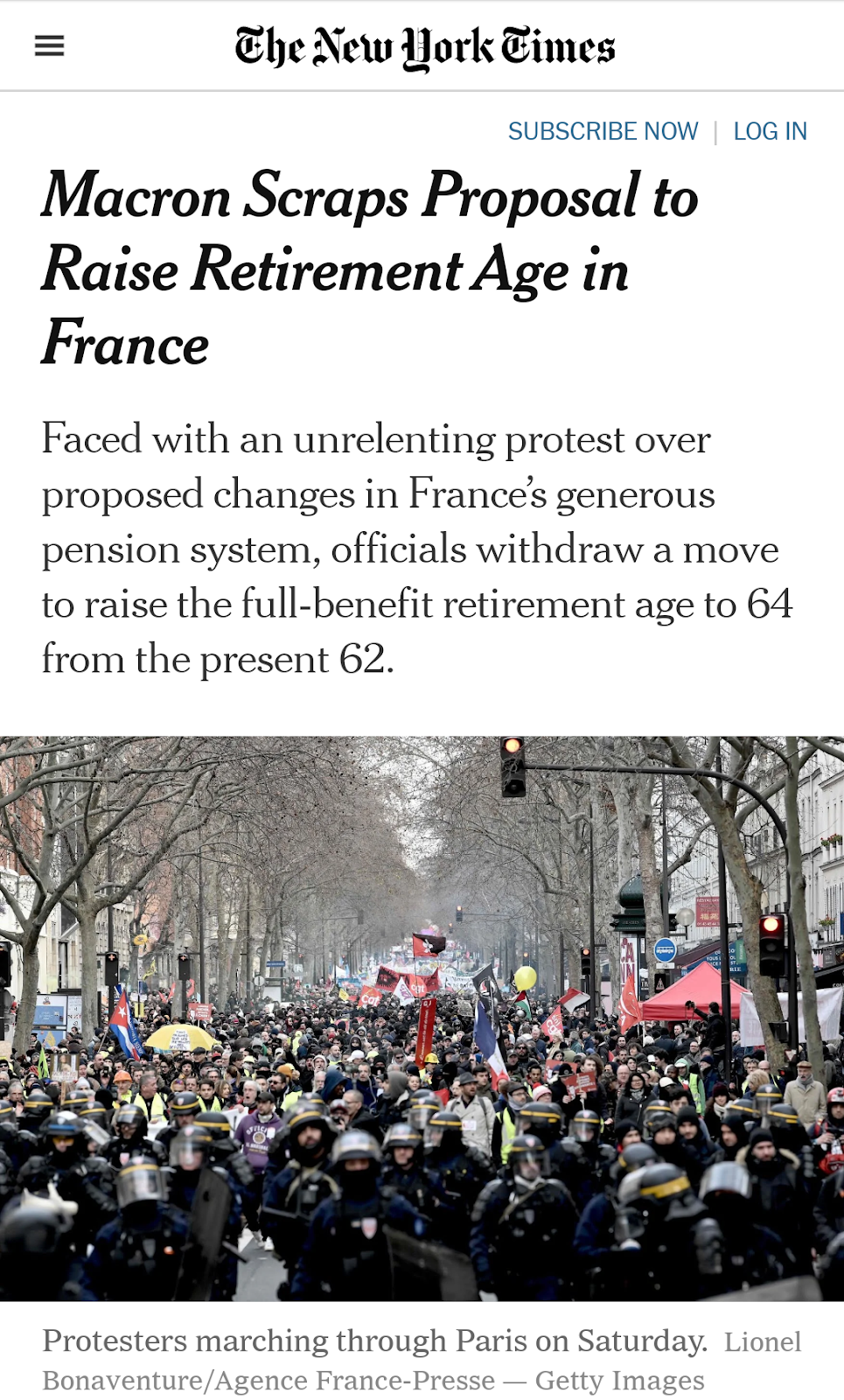