“Exhaustion of Alternatives to Revolutionary Leadership.” 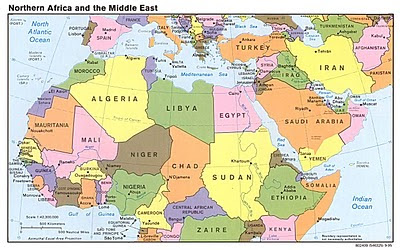 
The following is an excerpt from the Socialist Workers Party draft resolution “Their Transformation and Ours,” which appears in New International no. 12. It was adopted by the national convention of the SWP in 2005. The section below is titled “Exhaustion of Alternatives to Revolutionary Leadership.” It is being reprinted to help our readers better understand the political dynamics of the battles being fought by workers, farmers, and young people in Egypt and across North Africa and the Middle East. Copyright © 2005 by New International. Reprinted by permission.

Underlying the absence of popular response to the U.S.-led invasion and occupation of Iraq in the Arab and Muslim world is the exhaustion of the bourgeois-nationalist leaderships that, over the span of some eighty years, came to power on the shoulders of anti-imperialist struggles involving hundreds of millions of workers, peasants, and youth across Asia, Africa, and the Americas.

Throughout much of the last century, these bourgeois currents filled a political vacuum left by political misleadership—if not outright betrayal—of worker and peasant battles and national liberation struggles by Moscow and its subordinate Stalinist parties in colonial countries themselves as well as the metropolitan centers of the respective imperialist overlords. If these bourgeois regimes in the oppressed nations toed the line sufficiently on matters of diplomatic importance to the Soviet bureaucracy, moreover, the caste in turn gave its tacit blessing to ruthless repression of workers, peasants, and national minorities, often including the local Communist parties themselves. In this way, governments such as that of Nasser in Egypt, Nkrumah in Ghana, or Sukarno in Indonesia gained some room for maneuver in conflicts with the imperialists and burnished their “radical” credentials for a time, both at home and through world forums such as the Movement of Nonaligned Nations.

With the end of the Cold War, even regimes that had still felt it in their interests in the closing decades of the century to retain some residual “anti-imperialist” verbiage found the cost-benefit equation abruptly altered to their disadvantage. Those in the state bureaucracy and officer corps hoping to “make it” as part of rising bourgeois layers were suddenly and involuntarily weaned from the largesse and privileges made possible by their former relations with Moscow. (The massive funds available through United Nations agencies and related “Non-Governmental Organizations” helped, but were nowhere near the scope of paradise lost.)

Too fearful of the revolutionary energy of the toiling masses, too desirous of siphoning to themselves crumbs from the table of the imperialist exploiters, too beholden to their former colonial masters, and now bereft of patrons in the former Soviet Union, these second-, third-, and fourth-generation bourgeois-nationalist layers are operating in different world conditions from those even a quarter of a century ago. For the bourgeois ruling classes in these countries, both the times and stakes have changed. They’re different from the ones amid which—under pressure from the toilers’ democratic and anti-imperialist aspirations and mobilizations—Nasser took back the Suez Canal from British and French finance capital in 1956, and other governments as recently as the late 1960s and early 1970s nationalized oil fields, refineries, and other natural resources owned by the propertied ruling families of U.S. and other imperialist powers.

A parallel and related exhaustion of revolutionary content marks the political evolution of petty-bourgeois and aspiring bourgeois leaderships of national liberation movements today: from the Palestine Liberation Organization (PLO) and other Palestinian organizations such as Hamas, to the Irish Republican Army (IRA) and the Basque Fatherland and Liberty (ETA).

These organizations arose (or re-arose) during the closing decades of the twentieth century on the basis of powerful opposition to national oppression among the Palestinian, Irish, and Basque peoples. Over the past four decades, however, the leaderships of these organizations have relied on spectacular armed actions, in combination (especially as such operations not only produced no gains but met intensified repression) with diplomatic and political maneuvers to reach a negotiated accommodation with the oppressors. Mobilizations organized by them were more and more used solely as pressure to better realize such an accommodation.

None of these leaderships ever proved capable of mobilizing and leading the workers and peasants as the backbone of a revolutionary democratic movement capable of fighting effectively for national liberation, freedom from imperialist domination, land to the tillers, the right to armed self-defense, and the organization of the working class to act in the interests of the producing classes. None developed a leadership of the revolutionary caliber and political capacity of the July 26 Movement and Rebel Army in Cuba, the National Liberation Front of Algeria, Sandinista National Liberation Front of Nicaragua, New Jewel Movement of Grenada, or the revolutionary movement in Burkina Faso.

Miseducated over decades by Stalinism, leaders of these organizations experienced repeated betrayals by Moscow and the world movement beholden to it. They were left high and dry when the regime of the Soviet caste and its European sisters collapsed at the opening of the 1990s. The military structure and internal methods of functioning they learned from Stalinist organizations, directly and indirectly, left them vulnerable to penetration by police agents and provocateurs. As the operations of the capitalist market have accelerated class differentiation within these oppressed nations (both bourgeoisification and proletarianization), the petty-bourgeois course of these leaderships has reached a political dead end. Frustration and demoralization are bearing fruit in intensified factionalism, including bloody internal score-settling.

These revolutionary national struggles themselves, the imperialist subjugation fueling them, and the self-sacrificing courage and determination of the toilers to fight are far from exhausted. The Palestinian people will continue to fight Israel because it occupies their land. Workers and farmers in northern Ireland and the Basque country will continue to resist oppression perpetuated by the ruling families of British and Spanish finance capital. But the political consequences of the crisis of leadership and its bourgeois corruption are posed more and more sharply.

What is often called “Islamism,” “Wahabism,” “jihad Islam,” “Salafism,” or “Islamic fundamentalism” (as distinct from the Islamic religion) has no revolutionary, let alone proletarian, content of any kind. Nor is it the wave of the future anywhere in the Muslim or Arab world. Its high point is behind us, not ahead.

September 11 marked a sensational blowoff, not a new beginning. These movements arose as a surrogate for revolutionary political leadership of the popular masses in face of the bankruptcy of Stalinist and bourgeois-nationalist forces.

The Iranian revolution of 1979 was a profound political and social upheaval, not a religious jihad. It became a deep-going, modern, popular social revolution in city and countryside, a revolution against the pro-imperialist monarchy of the shah and the brutal despotism of his hated SAVAK police agents. It opened space for workers and landless peasants, for women, for oppressed nationalities, for youth—for communists. It made possible the flowering of political space, debate, and culture that to this day are far from being taken away.

The weight of religious figures and institutions grew stronger and more repressive as part of a political counterrevolution, stifling in the name of Islam the rebellion of the most intransigent workers in the oil fields and factories, peasants on the land, Kurds and other oppressed nationalities, women fighting for equality, revolutionary-minded soldiers, students, and other youth, and the boldest communists. The power and depth of that revolution is registered in the fact that the clerical-dominated bourgeois regime has never been able to come close to imposing suffocating political and cultural conditions of the kind the Taliban inflicted on Afghanistan or the Wahabi monarchists on Saudi Arabia.

The high point of “Islamist” action came with the seizure of the Grand Mosque in Mecca in late 1979, the year the Iranian Revolution brought down the shah. But the political content was the opposite. The armed units that laid claim to the mosque did so in the name of ousting royal Saudi infidels defiling Islam’s holiest site. Over the subsequent two decades, this was followed up, among other actions, by the 1983 bombings of U.S. and French barracks in Beirut, Lebanon, killing 241 U.S. marines and 58 French paratroopers; the 1993 bomb planted in the basement of the World Trade Center, killing 6 and wounding thousands; the 1996 truck bombing of the Khobar military complex in Saudi Arabia, killing 19 U.S. soldiers and injuring hundreds; the almost simultaneous 1998 bombings near U.S. embassies in Kenya and Tanzania, killing 224 people and wounding some 4,500 (few of them Americans); and the 2000 speedboat assault on the USS Cole in the Yemeni harbor of Aden, killing 17 U.S. sailors.

In terms of the scope of death and destruction inflicted, the September 11, 2001, terror attacks on the World Trade Center and Pentagon were the most sensational of these actions. And there will be others (such as the 2004 Madrid railroad bombings and attacks in Bali and elsewhere in Indonesia in 2002 and 2004), just as the kidnappings, assassinations, robberies, and bombings by anti-working-class groups such as the Red Brigades, Baader-Meinhof Gang, Black Liberation Army, and Weather Underground continued for years after the “armed struggle” ultraleftism of the 1960s had peaked and headed further into political eclipse.

The September 2001 attacks, however, were a registration of weakness, not growing social or political strength. Al Qaeda and other such organizations have become more politically isolated internationally, including among working people and the middle classes throughout Arab and Islamic countries. And the imperialist rulers learn from each of these attacks, making them more difficult to repeat.

Posted by Jay Rothermel at 8:40 PM