Was the American Revolution revolutionary?

Why American Revolution was necessary
(Books of the Month column)

The following are excerpts from “Was the revolution necessary?” an essay by George Novack that appears inAmerica’s Revolutionary Heritage: Marxist Essays, which is one of Pathfinder’s Books of the Month for November. Novack edited the book and contributed many of its chapters. This article appears in the section “The First American Revolution.” Copyright ©1976 by Pathfinder Press, reprinted here by permission.

On March 22, 1765, George III gave his royal assent to the Stamp Act, which had passed both houses of Parliament with no more commotion than “a common Turnpike Bill.” The effects of this hateful tax measure on the American colonists and the attempts to enforce it provoked the first large-scale outbursts against the crown.

Ten years later, on March 23, 1775, Patrick Henry stood up and, in answer to those opposed to arming the people, told the Second Virginia Convention that war with Britain was inevitable.

“We have petitioned, we have remonstrated, we have supplicated, we have prostrated ourselves before the throne…. Why stand we here idle?” Henry asked. “What is it that gentlemen wish? What would they have? Is life so dear, or peace so sweet, as to be purchased at the price of chains and slavery? Forbid it, Almighty God. I know not what course others may take; but as for me, give me liberty or give me death!”

The motion to take up arms against the king passed by a small majority and the next week a committee, including George Washington, Thomas Jefferson, and Richard Henry Lee, established a plan for a militia in Virginia.

Why did loyal subjects become converted into rebels-in-arms over those ten years?

This question poses a highly debatable issue in history and politics. Have revolutions been produced by lawful causes or is their occurrence an avoidable accident? And how necessary was the First American Revolution?

The concept of historical necessity is in disrepute in contemporary American thought and has been disavowed by such influential English professors as Sir Isaiah Berlin and Karl Popper. The former categorically asserts, “For historians determinism is not a serious issue….”

Marxists take the contrary view that social phenomena are regulated by their own laws, that the conflict of classes with opposing material interests and aims is the motive force in civilized societies, and that intensification of class antagonisms logically and irresistibly leads toward a revolutionary showdown in the contest for supremacy.

This line of thought originated among the Greeks, notably in the works of Thucydides and Aristotle. In examining the reasons for the Peloponnesian War, Thucydides wrote that “what made war inevitable was the growth of Athenian power and the fear which this caused in Sparta.” Two and a half millennia later, Marxism gave a far more deepgoing and rounded formulation to this mode of historical interpretation.

The revolution that took place along the coastal area of North America during the last quarter of the eighteenth century introduced a salutary change in the destiny of the American people. Nowadays no one will contest this judgment. There are no Loyalists to be found in the fifty states, as there are in Canada and New Zealand. Today scarcely a single voice will lament that the colonists broke away from British rule. Patriotism, realism, and two centuries of national sovereignty make such a position ridiculously anachronistic.

Despite the unanimous opinion that the revolution was desirable and beneficial, wide disagreement persists on the degree of its objective necessity. This uncertainty goes all the way back to the decade before the Declaration of Independence, when the revolt was ripening behind the backs of its prospective signers.

Tom Paine wrote in Common Sense that “it is contrary to nature that a whole continent should be tributary to an island.” Nonetheless, England had dominated North America for almost two centuries and was then the strongest imperial power in the world.

Although some colonials believed that their fellow citizens would one day cut loose from England’s apron strings, before 1775 they could not see how independence could be achieved, nor did they expect that it would come in their lifetimes.

The decision to proclaim national freedom crystallized quite suddenly in the early months of 1776. It had taken a decade of compromises before the desirability and the immediacy of independence merged in the minds and deeds of the Patriots.

Here we bump into another familiar philosophical, historical, and moral problem: the relation of end to means.

The rebels finally resorted to armed struggle to attain their goals. Did they have to apply violence for that purpose, and was this revolutionary means justified?

Marxists have no difficulty in answering these questions affirmatively. The liberal thinkers since that time have found it as difficult to resolve this dilemma in theory and square it with their principles as the moderates did at the time of the revolt.

Many scholars argue that armed conflict might have been averted if reason and moderation had prevailed in adjudicating the differences. They seek to rearrange the course of history in accord with their preconceptions much as a teacher corrects mistakes in a pupil’s paper. Yet they are the ones who have the most to learn from the actual historical process of their own country.

The revolutionary cycle in which the Declaration of Indepen-dence falls was launched by the Stamp Act demonstrations in 1765-—the first intervention of the plebeian masses as an independent force in the contest against British exactions—and was consummated with the establishment of the Constitution in 1789.

Here was a tenacious twenty-five-year struggle, involving millions on both sides of the Atlantic and the major maritime powers. Was it an event that might as well not have happened? Or was it aninescapable stage in the advancement of the American people that had been in the making for decades and had necessary and sufficient causes for its emergence and development?

A scientific historian who wants to explain how something came to be—rather than to explain it away—has to face up to this crucial issue. 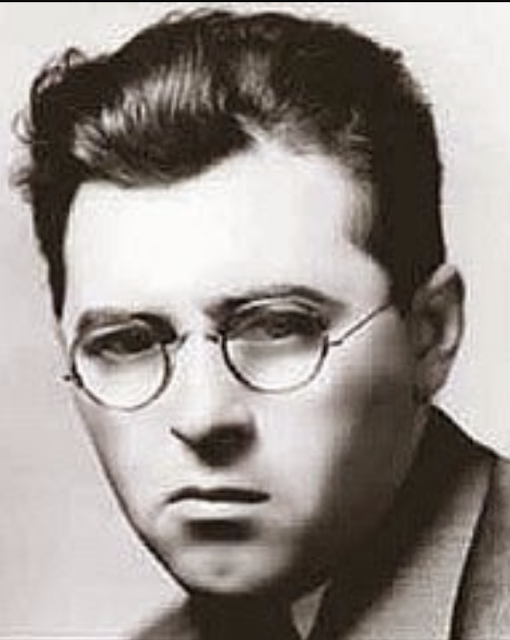 Posted by Jay Rothermel at 8:46 AM