I propose a vote for socialism.

In some respects the current presidential campaign has a good deal in common with the one in 1964. Then, as now, the Democrats were running a candidate who projected a liberal image, while the Republicans had nominated an outspoken right-winger.While there was little popular enthusiasm for the Democratic nominee, Lyndon Johnson, many people mistakenly believed they had to vote for him to prevent the right-winger, 'Barry Goldwater, from assuming the presidency.

Some radical groups already committed to the Democrats exploited the fear of Goldwater as justification for supporting a capitalist party.

Then, as now, the Communist Party was a prime example of this.The Socialist Workers Party firmly opposed the lesser evilism of those who pointed to Goldwater to justify supporting Johnson.The party's ticket- Clifton DeBerry for president and Edward Shaw for vice-president - campaigned against both capitalist parties.

In September 1964, Shaw participated in a New York Militant Forum election symposium in which he argued against other radical figures who favored a lesser-evil vote for the Democratic ticket. The following is an abridged version of Shaw's remarks.

We should not support Goldwater because he has the same basic interests and goals as does Johnson. The aims of both parties can be summed up, perhaps, in one phrase- we must have law and order.

We have to have law and order in the streets of Harlem, in the cotton fields of Mississippi, in the industrial plants of Detroit, in the coal fields of Kentucky, and also in the cane fields of Cuba or the copper mines of Chile,the rubber plantations or the rice plantations of the FarEast . . .

They needn't make any new programs on this score. Defeat the colonial revolution is first on  the agenda right now. Save Asia. Keep it from going further out of thecapitalist orbit. Africa must be made safe.

At home, there's not much trouble right now. But the program is, and has been, as we can see through the past Democratic and Republican administrations, more and more repressive laws aimed at the labor movement. Keep the union power down is part of the program. Prevent therise of any independent formation and above all, rightnow, keep the Negro struggle in its place.

But there are superficial differences. Goldwater has proposed even harsher measures both at home and abroad to carry out this bipartisan program. He proposed a measure and Johnson moved in that direction. ·We at first were presented with, it seemed, a slight difference in approach over the war in Vietnam. The question was going to be asked of us, Do you want a continuation of this costly, inhuman stalemate in the war in Vietnam, or do you want to extend it? Before we even had a chance to vote in that referendum, Johnson removed the difference and attacked North Vietnam. He removed that point from the agenda.The lesser-evil policy, regardless of what you call it, in the name of social progress has resulted only in social regression.

I propose, my party proposes, that a vote against the war in Vietnam will weigh against it. But a vote for it will not. And we do not see how you can vote for either one of the two parties without voting for war. I propose a vote for socialism. 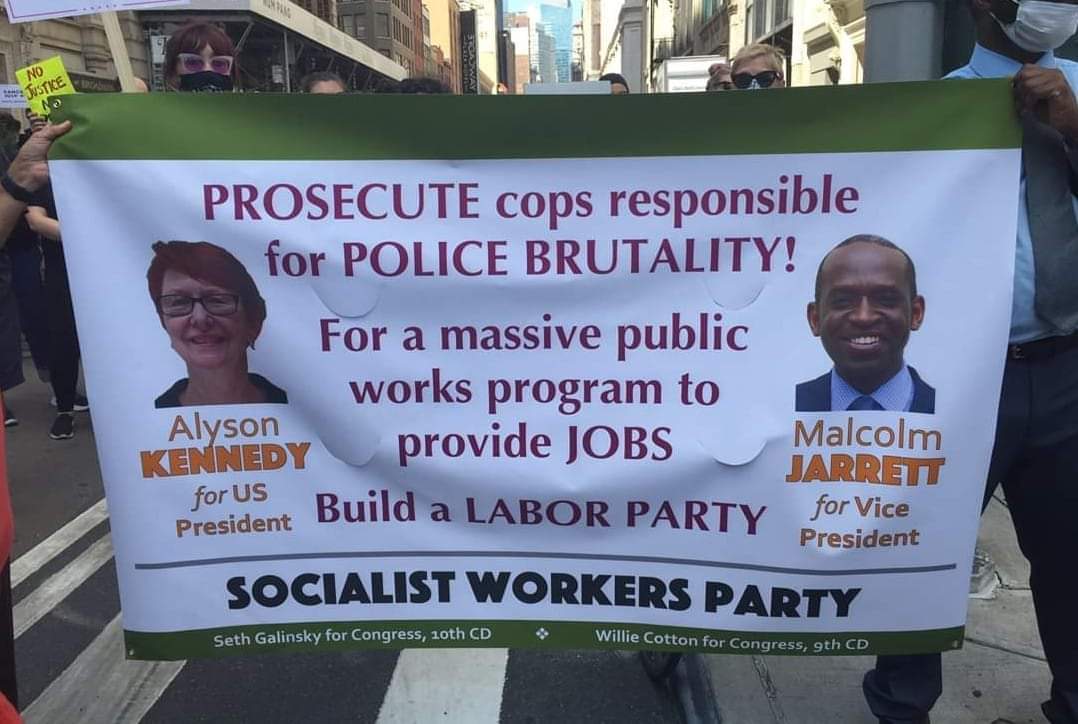 Posted by Jay Rothermel at 5:30 PM